While in years past the top civil aviation manufacturers and their suppliers basically split the industry's warranty expenses between them, in recent years several of the OEMs have run into costly warranty issues. Meanwhile, the suppliers continue to cut their warranty costs steadily.

While the pandemic and the lockdowns that followed left a clear mark on the land-based vehicle industries, the warranty expenses of the civil aviation industry had a bad 2019 and a better 2020, followed by a so-far stable recovery into 2021. Claims are declining, accruals are steady, and the reserve balance is fairly flat for the industry as a whole.

We last checked in with the aerospace industry about a year ago, in the October 22, 2020 newsletter. As we did then, we began this exercise with a look at the list of U.S.-based manufacturers that report their warranty expenses in their annual reports and quarterly financial statements. We identified 63 whose primary product line was in the aerospace industry. Six of them we classified as aerospace OEMs: Boeing Co.; General Dynamics Corp.; Textron Inc.; and three others. The rest were classified as aerospace suppliers.

We did not include General Electric Co., despite its considerable presence in the jet engine industry. But we did include companies such as Raytheon Technologies Corp. (formerly United Technologies Corp.); Honeywell International Inc.; and Trimble Inc. that at times have had product lines that are diversified into multiple industries besides aviation.

From each of their annual reports and quarterly financial statements, we extracted three essential warranty metrics: the amount of claims paid per quarter, the amount of accruals made per quarter, and the ending balance in the warranty reserve fund at the close of each quarter.

In Figure 1 we are looking at the last 22 quarters of claims data, from the start of 2016 to the middle of 2021. Surprisingly, the low quarter for OEM claims is the first three months of 2019, while the second three months of that same year are the low mark for the industry as a whole. Aerospace suppliers, however, bottomed out in the second quarter of 2020, when the lockdowns were at their height.


Figure 1
Aerospace Warranties
Claims Paid per Quarter by U.S.-based Companies
(in US$ millions, 2016-2021) The thing about the civil aviation industry is how long it takes for current events to percolate through these metrics. Planes are ordered years before they're delivered. Warranties are always on the long side, and warranty surprises are unusual. And even when a major crisis develops, such as the grounding of the Boeing 737 Max in March 2019, it takes a while to show up in the statistics.

But eventually it did show up. Aerospace OEMs paid out $145 million in the third quarter and $140 million in the fourth quarter of 2019, their highest quarterly totals since 2016. But claims have been subdued and generally declining ever since then.

It's unusual to be talking about claims falling in an industry that is supposed to be recovering from a dismal and idle previous year filled with cancelled flights, empty planes, pandemic lockdowns, border closings, and generally discouraged long-distance travel. In the automotive industry, for instance, there was a really noticeable notch in the second-quarter-2020 data, and a recovery in the four quarters since. But as was mentioned, aviation is on its own clock, and time moves slowly.

Surprisingly, the late-2019 spike in warranty accruals seen in Figure 2 comes not from Boeing's 737 Max problems, but from General Dynamics' Gulfstream Aerospace product line. Boeing has chosen to deal with the radically increased need for accruals by folding in periodic changes of estimate at the end of each year -- $201 million at the end of 2019; $455 million in 2020 -- rather than by changing its current-year accruals, which are tracked by this chart.


Figure 2
Aerospace Warranties
Accruals Made per Quarter by U.S.-based Companies
(in US$ millions, 2016-2021) In Figures 3 and 4, we'll treat the warranty expense rates of the two groups separately. In Figure 3, we can see the escalation in expense rates that began with the Boeing 737 Max in early 2019, and continued with the Gulfstream spike later in the year. The OEMs' accrual rate peaked at just under 1.0% of revenue in late 2019 and its claims rate peaked two quarters later at just under 1.5% of revenue. Among aerospace suppliers, the warranty expense rates have generally remained fairly steady over the past five years. There was a moment in 2018 when the accrual rate rose above 1.0%, and in 2021 the claims rate has fallen to 0.5%, but generally the data points have remained very close to the middle of that range at 0.7% to 0.8%. And the recent decline may have more to do with the absence of recent data from annual-only filers such as Honeywell International Inc. and Curtiss-Wright Corp. than with anything meaningful happening at the quarterly filers. Ironically, both groups used to have average warranty expense rates in the same range of 0.7% to 0.8%, which is why we have to draw them in two separate charts. It wasn't until Boeing and Gulfstream ran into warranty difficulties in 2019 that the two pairs of metrics diverged significantly. And at least in terms of claims rates, the problems linger for the OEMs.

Our final metric for the U.S.-based civil aviation industry at mid-year 2021 is the balance in the warranty reserve funds of the 63 companies we're tracking. And while that balance has remained fairly steady at $3.77 billion for the last six quarters, that top line number obscures a significant rise in OEM reserves and a significant decline in supplier reserves.


Figure 5
Aerospace Warranties
Reserves Held per Quarter by U.S.-based Companies
(in US$ millions, 2016-2021) Reserves hit their lowest level in spring 2019, just as the 737 Max trouble was beginning. However, as was mentioned, Boeing is dealing with the recall costs of the 737 Max through changes of estimate, which have added up to hundreds of millions of dollars in additional costs, but which don't show up in the statistics as normal, current-period accruals. But with this warranty metric, they certainly do drive up the ending balance in the warranty reserve fund, as the post-2019 record demonstrates.

So while the overall industry balance looks fairly constant at $3.77 billion, what's really going on is the OEM balance is rising about as fast as the supplier balance is falling. And the relative share of the OEM and supplier groups is changing as well. Right up until 2019 the split was always close to 50%/50%. But the OEMs' share surpassed 60% in early 2020, and surpassed two-thirds this year. And that tracks with great precision the rising warranty costs at Boeing.


Mid-Year U.S. Truck Industry Warranty Metrics: During the lockdowns, sales were down and so were accruals for the top truck makers. But warranty claims barely changed, and were actually down more this year than last. And while extended warranty sales fell precipitously in 2020, they're still not back up to the record levels we saw in 2019.September 30, 2021 Mid-Year HVAC & Appliance Warranty Metrics: The totals and averages are moving in response to the ups and downs of the top manufacturers. But they didn't move much in response to the pandemic or the lockdowns that follows. At the same time, for at least one top home improvements retailer, the extended warranty business is booming.October 21, 2021 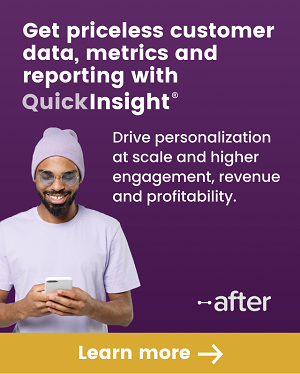