Now that the second-quarter financial reports are all in, we take a look at the warranty metrics of the U.S.-based industry that manufactures cars, trucks, buses, and all sorts of other vehicles, both large and small. And while the overall totals and averages didn't shift much, some companies saw big changes in their warranty costs.

While passenger cars and other small vehicles have historically accounted for the vast majority of the warranty expenses generated by all vehicles, trucks, buses and other large vehicles continues to increase their share of the total.

This week, we aim to add an additional six months of data to the discussion, bringing the warranty metrics of both the car and truck industries up to date with figures for both the first and second quarters of 2019. Every quarter, we examine the financial statements of some 24 small vehicle manufacturers and 26 large vehicle manufacturers, extracting the latest figures for claims paid, accruals made, and warranty reserves held. Using the corresponding sales revenue figures, we also calculate claims as a percentage of sales (the claims rate) and accruals as a percentage of sales (the accrual rate).

In Figure 1, we can see that the amount of claims paid by the car and small vehicle makers is once again rising -- not nearly back to the record heights seen as the ignition switch recalls hit General Motors Co. in mid-2014, but almost back to the levels seen in the fourth quarter of 2018. The group's claims payments routinely exceeded $2.1 billion per quarter from 2003 to 2008, but it's happened only three times since, and the second quarter of 2019 was the third instance. Ford Motor Company was the big moved among the small vehicle makers, with its claims costs rising by $281 million or 15% during the first half of 2019. In contrast, GM's claims cost rose by only $8 million, or by less than one percent of its first-half-2018 total. Tesla Inc. saw a $21 million increase, which, because of its smaller expense totals, amounted to a 22% increase.

Among all 50 OEMs, there were only a handful that paid less claims in the first half of 2019, compared to a year before. Astec Industries Inc. paid 21% less. Terex Corp. paid out 20% less. Navistar International Corp. and Rev Group Inc. each paid 15% less. Spartan Motors Inc. paid 13% less. And AGCO Corp. paid 3% less.

In the second quarter of 2019, large and small vehicle manufacturers together saw their quarterly accrual totals rise to their highest level since the ignition switch recalls of 2014. Together, they set aside $2.57 billion in warranty accruals during the months of April, May and June, up from $2.36 billion in those same months a year before. For the calculations of claims and accrual rates in Figures 3 and 4, we took the totals as expressed in Figures 1 and 2 and divided each by the corresponding amount of automotive sales revenue. That's an important point to make, because many of these OEMs also raise some amount of revenue from finance and investment sources. And some, such as Harley-Davidson, also make a significant amount of money from the licensing of their logo for clothing. But none of those sources involve warranties, so they shouldn't be included in warranty expense rate calculations.

From the second quarter of 2018 to the second quarter of 2019, all the car and small vehicle manufacturers together saw a slight 0.1% decrease in both their claims and accrual rates. Their claims rate fell to 2.3%, while their accrual rate fell to 1.8%. But as can be seen in Figure 3, these measurements are more or less right in the middle of the range they've been in for the last 18 quarters. There were some big changes for individual companies, however. Both Ford and Harley saw their claims rate rise by 0.5% from the middle of 2018 to the middle of 2019. Polaris saw its claims rate fall by 0.8% from a 2018 level aggravated by recalls. However, both Polaris and Ford raised their accrual rates by 0.3%. And Tesla cut its accrual rate by 0.8%.

The unseen metric affecting all these calculations is sales revenue. Tesla's sales grew by 66% from the second quarter of 2018 to the second quarter of 2019. And since its warranty expenses did not keep up that pace, its claims and accrual rates fell. Polaris saw 18% sales growth, but its warranty accruals grew slightly faster, so its accrual rate rose.

GM and Ford both saw a 3% decrease in revenue, as the theory that new car sales have peaked continues to accumulate evidence. As was mentioned above, GM also paid about the same amount of claims and made the same amount of accruals in the first half of 2019 as it did in the same period of 2018. So its expense rates were also about the same. But Ford saw increases for both its claims and accruals, in terms of both the dollars and percentages of sales.

Among the truck and large vehicle manufacturers, the trend was decidedly in favor of rising expense rates on the backs of rapidly rising sales. Back in the second quarter of 2018, both the claims and accrual rates for this group were near 1.6%. By the end of the second quarter of 2019, both expense rates had risen to an average of 1.9%. Sales, meanwhile, are up by more than 7% for the first half. In other words, warranty expenses are rising faster than sales for the large vehicle manufacturers. Notice, however, how the two expense rates of this group have been virtually identical to each other for the last 10 quarters. In contrast, there has been about half a percentage point's worth of space between the claims and accrual rates of the small vehicle manufacturers since the beginning of 2015. Obviously, that has to be made up somehow, usually through additional accruals added to the warranty reserve via changes of estimate.

In terms of the individual truck, bus, construction equipment, and recreational vehicle manufacturers, one of the biggest changes in expense rates was reported by Navistar. From the middle of 2018 to the middle of 2019, the company cut its claims rate from 3.8% to 2.6%, though it raised its accrual rate from 2.0% to 2.2% at the same time. Years ago, its trouble with diesel engine emissions brought the company to the brink. But now, it's very much back to the middle of the pack.

The amount of warranty reserves held by the 50 OEMs has been remarkably stable in recent months. For nine consecutive quarters, it's been slightly above or slightly below $18.75 billion. As of June 30, 2019, it stood at $18.95 billion, up 2% from a year before.

Likewise, for most recent quarters, the small vehicle OEMs have held about three-quarters of the industry's total reserves. And that ratio continues into 2019, though the reserve balance of the large vehicle OEMs is growing slightly faster than the industry average. But for the past three quarters, there's been very little change at all.

The highest-ever industry balance came in mid-2014, as GM was adding billions to its warranty reserve fund to finance the cost of ignition switch recalls. The collective balance was just over $20 billion for nine of the 12 months that year, and hasn't been above it again since (though it came awfully close in early 2017). But that $417 million gain by Tesla was a whopping 80% increase, and it's only $60 million shy of gaining entry to that billionaire reserve club. In other words, it probably will be in it by the end of this month.

Next week, we'll look at the automotive suppliers, who traditionally have ended up with somewhere between 14% and 17% of the entire industry's warranty expenses, depending on the year and the metric. And since all these companies are reporting their net warranty expenses (outlays minus reimbursements), we can safely say that the suppliers' increased cost is the OEMs' cost reduction, and vice versa.


Truck Extended Warranty Sales: New accounting rules require companies to disclose their "service-type warranty" sales. Last year, five of the top U.S.-based truck manufacturers sold more than $1.2 billion worth of extended warranties, a stunning 18% gain over 2017.August 29, 2019 Auto Supplier Warranty Report: The data for the first half of 2019 is not looking so good for the suppliers of automotive parts and systems. Claims hit a new record high and so did warranty reserves. The silver lining in this cloud, however, is that rising sales have helped reduce the pain by keeping expense rates close to their historical averages.September 12, 2019 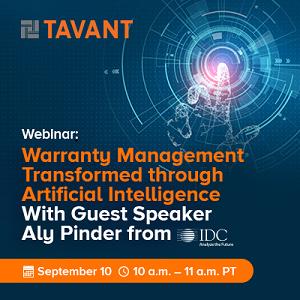